Robert C. (Robin) Loudermilk, Jr., is the President and Chief Executive Officer of The Loudermilk Companies, an asset-based real estate development, investment, and management company with headquarters in Atlanta, Georgia.  Prior to founding The Loudermilk Companies, Robin served as President and Chief Executive Officer of Aarons, Inc. (NYSE: AAN) from 2008 through 2011; served as a Director from 1982-2012; and held numerous other positions during his 25-year career with Aarons, including managing the real estate division.  Prior to his career with Aarons, Inc., he worked for Coldwell Banker Commercial Real Estate Services, and subsequently Stratton Construction Inc.

Robin is currently on the Boards of Genuine Parts Company (NYSE:GPC), The Atlanta Police Foundation as Chairman, Shepherd Spinal Center, Urban Land Institute (ULI) Capital Markets Council; Buckhead Community Improvement District, Livable Buckhead, Midtown CID, and Midtown Alliance. He founded the public safety organization Buckhead Alliance, is a member of the Downtown Atlanta Rotary Club, and is a former member of the Young Presidents Organization. Robin is an investor and business advisor to State Traditions, LLC,  is a Principal at Main Street Parking, and owns Perry Ford Motor Company and Brannen Outfitters in Perry, GA.  A native of Atlanta, GA, Robin graduated from the Lovett School in 1978, where he now serves as a Trustee. He attended the University of Alabama and graduated in 1982 with an undergraduate degree in General Business Administration. 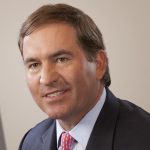 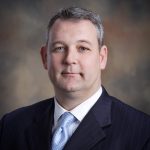