Jim Durrett, an Atlanta native, directs all activities of the CID.  Jim has been promoting smart growth development and livable communities since 1996, when he left his hydrogeology practice and went to work at the Georgia Conservancy.  From there his career took him to the Metro Atlanta Chamber where he was VP of Environmental Affairs, to the Urban Land Institute where he was founding executive director of ULI Atlanta, and to the Livable Communities Coalition where he was founding executive director. Jim is an avid bicyclist, a graduate of Leadership Atlanta, the Regional Leadership Institute and the Institute for Georgia Environmental Leadership, and serves on several boards, including MARTA’s board of directors.  Jim is now MARTA’s representative on the Atlanta Regional Commission’s Transportation and Air Quality Committee (TAQC).  Jim and his wife, Pat, have two adult sons. 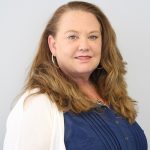