A Statement About Recent Gun Violence

This week Buckhead was the site of gun violence that critically injured Kennedy Maxie, a seven-year-old girl riding in the backseat of her aunt’s car. In a year that has included far too much gun violence across Atlanta, this event has sparked particular outrage as one of our city’s youngest citizens suffers the consequences of the lawless behavior of a few. Sadly, Kennedy is not the first child to be caught in the crossfire of conflict. Earlier this year Secoriea Turner, 8, died during a shooting in south Atlanta. Gun violence is taking a heavy toll on our community, and it must stop.

These acts of crime are unacceptable, and we are well past the point where the mayor and the police must find a way to rid our communities of these violent crimes. The Buckhead community is taking action, but public safety is primarily the responsibility of Atlanta’s elected officials and the Atlanta Police Department. They must meet this urgent moment with swift action and strong leadership that puts us on a path to restoring safety and security.

As we enter the final week of 2020, our thoughts are with everyone who has been affected by violence during this difficult year, but especially Kennedy Maxie and her family. We are saddened and angered at this senseless act, as well as the many senseless acts of violence that have come before it. If you have any information related to Monday’s shooting, please contact Crime Stoppers Atlanta at (404) 577-8477 or via text to 274637.

Coming Together for the Common GoodBlog, In the News, News 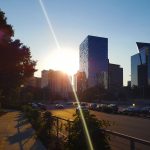 Looking Back and Looking ForwardBlog, In the News, News