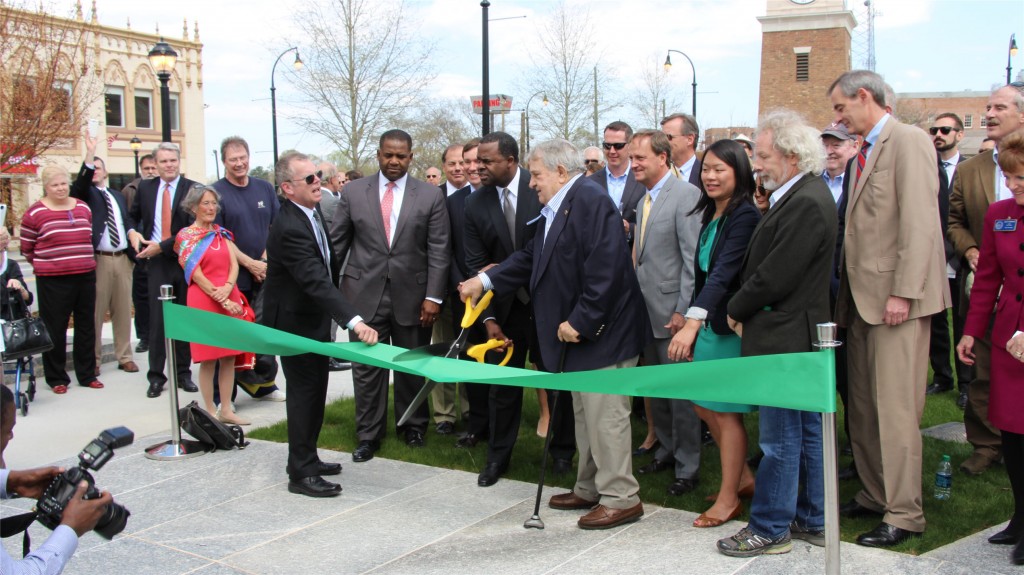 In 1838, Henry Irby purchased 202 1/2 acres surrounding what is now Buckhead Village from Daniel Johnson for $650. Irby subsequently established a general store and tavern at the northwest corner of the Peachtree/Roswell/Paces Ferry intersection. The name “Buckhead” comes from a story that Irby killed a large buck deer and placed the head in a prominent location. Prior to this, the settlement had been called “Irbyville.”

The “prominent location,” was said to be the area formerly known as Triangle Park that sat between Roswell Rd., Peachtree Rd. and Sardis.  The park was renamed Charlie Loudermilk Park in 2009 to honor the founder of Aaron Rents, Inc., and his immense civic community contributions, including founding and chairing the Buckhead Coalition.

The Buckhead CID, together with the City of Atlanta, worked for more than two years to renovate the park to a beautiful green space that residents and visitors can enjoy for years to come.  The $2.4 million in renovations include a grassy lawn, water feature, chairs and tables on a stone patio and a 50-foot clock tower that resembles the one from Charlie Loudermilk’s alma mater, the University of North Carolina.

The park opened to the public with a ceremony on March 31, 2015.  Click here to view the photos.

Be on the lookout for a public voting contest to help determine what songs the clock should play!