March 10, 2021, ATLANTA – Today the Buckhead Community Improvement District announced plans for a bicycle patrol as part of its continuing partnership with the Atlanta Police Department (APD). The BCID’s board of directors approved funding for four off-duty officers who are certified as part of APD’s Bicycle Response Team (BRT) to assist on-duty patrols from 10 a.m. to 6 p.m. on weekdays. The four officers will patrol parking garages and parking lots throughout the commercial district, adding visible policing to deter crime in these areas.

“We’re committed to continuing security improvements in our community,” said Jim Durrett, executive director of Buckhead Community Improvement District and president of the Buckhead Coalition. “This investment gives APD Zone 2 another way to provide community-oriented, visible policing within the densest parts of Buckhead.”

“We approached the Buckhead CID to explore the addition of a bike patrol to complement the supplemental police patrol vehicles,” said Major Andrew Senzer, APD Zone 2 Commander. “The bike patrol will help us deter crime in areas that are more difficult to patrol in vehicles, such as parking garages and parking lots.” 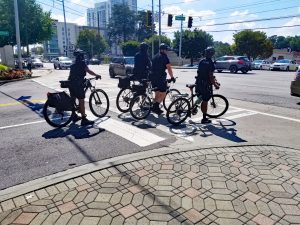 “The bike patrol exemplifies how our partnership with the Atlanta Police Department is taking direct action to reverse recent trends for the benefit of everyone who lives in, works in and visits Buckhead,” said Thad Ellis, chairman of the BCID board of directors.

The BCID’s supplemental patrols are one element of the Buckhead Security Plan, a collaborative effort to deter crime. The Buckhead Security Plan includes a range of near-term and longer-term actions including creating a strategic grid of security cameras, increasing investment in Crime Stoppers and pushing for policy and procedural changes to improve enforcement of existing laws and ordinances. The full plan is available at https://sites.google.com/atlantapolicefoundation.org/the-buckhead-security-plan/home. 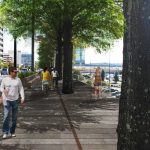 Pardon our Progress!Blog, In the News, News 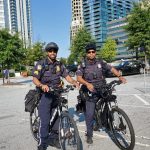