In 2020, responding to increasing concerns about crime and its impacts in Buckhead, the Buckhead Coalition took a leadership role in working with many partners in the development and implementation of what has become the Buckhead Security Plan. We continue to promote investment in this plan and urge you to take a look at it if you are wondering what you can do to help.

Beyond the care and feeding of the Security Plan, we have developed a Public Safety Platform to clearly communicate what we support as immediate, actionable steps that should be taken by the City of Atlanta to effectively address crime in Buckhead and across our city.

Our six-point platform is grounded in the consideration of not only the ordinances that have recently been adopted by the City of Atlanta in response to recent criminal activity and announcements from the City’s administration related to public safety, but also consideration of what we have learned from others as we have deliberated about our role as advocates for the Buckhead community. The platform is not a list of everything that needs to be done, but we believe them to be necessary and of greatest priority.

Ultimately, we must all work together to address the root causes of criminal activity. The Buckhead Coalition will continue to explore how we may play a productive role in such an effort, as do many of our individual members already. 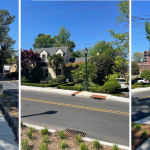 It’s Time to Turn DirtBlog, In the News, News 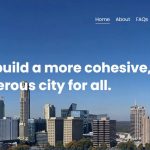 A United Atlanta Stands Stronger TogetherBlog, In the News, News